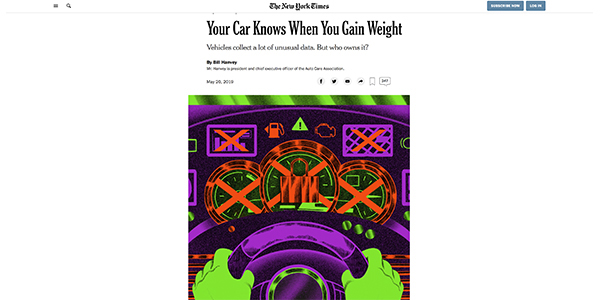 As part of the Auto Care Association’s continued efforts to ensure a consumer’s right to access their car data, Bill Hanvey, president and CEO, penned an op-ed for The New York Times exploring the significant issues surrounding data collection and ownership in modern cars.

The op-ed was published Monday, May 20, as part of the outlet’s “Privacy Project,” which explores the modern discourse surrounding tech data privacy for consumers.

Key points of Hanvey’s argument include:

• “Cars…know how fast we drive, where we live, how many children we have — even financial information. Connect a phone to a car, and it knows who we call and who we text. But who owns and, ultimately, controls that data? And what are carmakers doing with it?”

• “For almost a century, car and truck owners have been able to take their vehicles to whichever shop they choose and trust for maintenance and repair. That may be changing.”

• “The solution is simple. The only person who should control car data is the car owner (or lessee). He or she should be aware of the data the car transmits, have control over it and determine who can see it.”

• “[C]armakers have no incentive to release control of the data collected from our vehicles. Policymakers, however, have the opportunity to give drivers control — not just so that they can keep their data private but also so that they can share it with the people they want to see it. This will let car owners maintain what they’ve had for a century: the right to decide who fixes their car.”

To read the piece in its entirety, click here.

Cloyes' Aftermarket Catalog Grows During First Half Of 2020 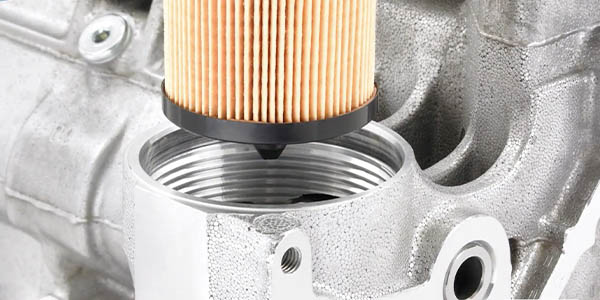