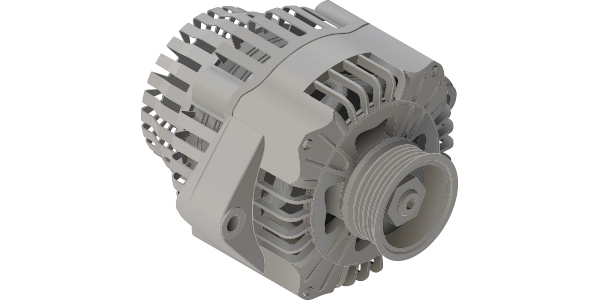 Before computers and networks in vehicles, an alternator that was producing AC voltage or ripple through the electrical system would cause flickering lights and maybe an ignition problem. Today, excessive ripple voltage can cause communication issues with networks and communication DTCs in multiple modules.

Computer modules and sensors are all part of the system that requires the charging system to supply direct current to a relatively stable DC voltage level. But, the alternator converts mechanical energy by using electromagnetic induction that generates alternating, or AC, current. Inside the alternator, the AC current is turned into DC current using a rectifier.

The rectifier has between three to eight diodes that allow the negative current of the AC sine wave to pass to ground. This cleans up the current, leaving DC current and a very small amount of AC current that is typically absorbed by the battery. When a diode fails, the amount of DC current drops and, in some cases, the AC current makes its way into the vehicle’s power supply. 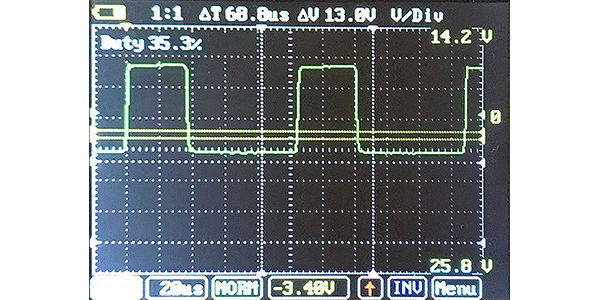 On a scope with the correct filter or leads, ripple voltage looks at the alternating current from a diode. A typical diode failure will show an asymmetric wave instead of a stable waveform. A multimeter can read AC voltage and can be used to test for ripple. The alternator should be replaced if AC voltage of more than 50mV is detected (in some cars as much as 100mV is acceptable). A dead or weak battery can throw off a ripple test, however, so you must make sure the battery is fully charged. Voltage regulators are often responsible for low frequency, visible and rhythmic voltage ripple due to things like worn brushes.

Set the DMM to read AC volts and measure the battery while the engine is properly warmed up and idling at approximately 1,500 rpm, which will put some load on the electrical system with the headlights and blower turned on. If there is more than 0.1 volt (50-100mV, depending on the vehicle) of AC ripple, then the alternator is most likely bad. Be sure that the meter you are using blocks DC voltage while in the AC mode. Check the battery voltage with the engine is not running and see if the meter reads voltage while in the AC mode. It should not show any voltage if the DC is blocked. 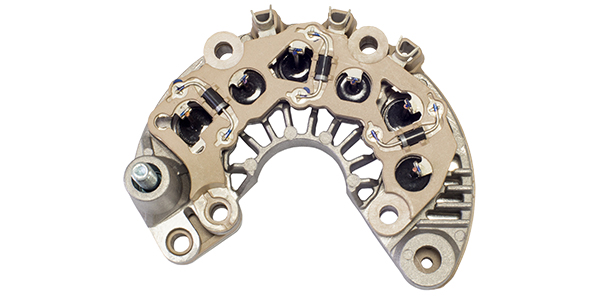 Typical current draw should be less than 40 milliamps, depending on the accessories installed in the car. Things like alarm systems will cause extra current draw. If there’s a parasitic loss on the charging system, the number could be higher.

A ripple test showed that the alternator should be replaced. The new alternator had a ripple test reading of 55mV, which was acceptable. The replacement alternator put out 13.9V without a load, and 13.6V loaded. All of the previous alternator tests showed around 12V loaded or not loaded. Therefore, the vehicle was running too close to draining the battery under load. With the higher voltage output after the alternator replacement and good ripple, it was indeed another case of a ghost in the machine. 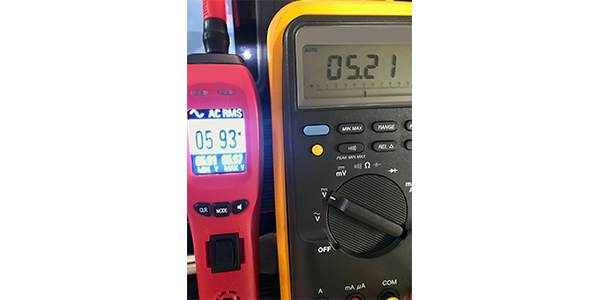 Modern Ripple Diagnostics
In older vehicles, a bad diode would set off a light on the dash. But with today’s modern cars with sensors, modules and networks, stray AC voltage can cause a wide variety of problems. Unlike your scope or multi-meter, the electrical system can’t tell the difference between AC and DC current. If the ripple voltage exceeds certain levels, it can interfere with a three- or five-volt CAN bus line.

Networks in a vehicle communicate by switching DC voltage on and off quickly at precise intervals. If you look at an AC voltage sine wave, it is alternating between positive and negative volts. If stray AC voltage is in the line, the alternating voltage looks a lot like the switch of a network signal to a module. When the module decodes the signal, it is gibberish. This can cause communication codes in multiple modules. Stray AC voltage can also interfere with engine position sensors and even actuators that are pulse-width modulated.

The toughest part of diagnosing these problems is that when the vehicle is sitting in the bay, you might be scanning with only the battery or when the vehicle is at idle. It is not until the engine is running above 1,500 rpm that the AC voltage starts to be generated by the alternator.