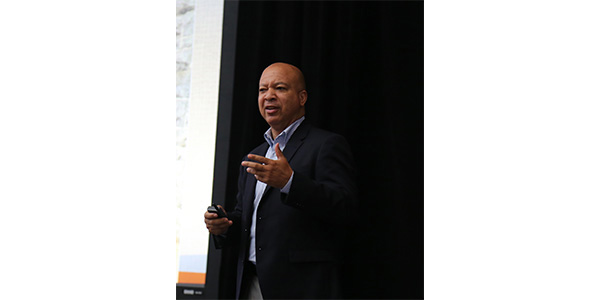 The Alliance dove headfirst into politics at its 2019 Summer Shareholder Meeting in New Orleans this week.

Tucker encouraged shareholders to host hometown summits and provided the first steps to becoming more politically active in the industry, focusing on the association’s “Your Car, Your Data” and The Right To Repair campaigns.

“You put blood, sweat and tears into your work, so we need to have our own army hitting Capitol Hill and talking to legislative officials every day,” Tucker addressed the shareholders. “These are challenging times in the industry, and if we’re not at the table, our issues will certainly not be on the menu. So, it’s up to everyone involved to get involved.”

Tucker shared the stage with Chairman of the Alliance Board of Directors Corey Bartlett, a longtime political advocate for the industry and the Auto Care Political Action Committee.

Together, the two speakers encouraged attendees to register for Auto Care’s 2019 Leadership Days and Legislative Summit and emphasized the importance of supporting the ACPAC. They also pushed shareholders to host their own hometown summits with state and federal legislators.

Kyle Byrne, vice president of distribution for The Merrill Co., successfully hosted U.S Representative Steve King from Iowa for a hometown summit in 2018. He described the event as easy to plan and worth the effort.

“Hit the legislators as close to the heart as you can,” Byrne said. “We showed ours the number of constituents in his district and made him think about how many vehicle owners there are, and that turns into votes. So, if talking about being able to fix his car where he wanted to didn’t make sense to him, it definitely did when we started talking about votes.”

Making the issue personal for politicians helps spur them to legislation, he said, echoing Tucker’s call to action.

In April 2021, the Alliance will leap even further into the political sphere when hundreds of members head to the nation’s Capitol to march on Washington during the Alliance Takes the Hill 2021 Convention.

Cloyes' Aftermarket Catalog Grows During First Half Of 2020

Interstate Batteries To Support Aligned In Hope
Connect with us